Quark-Gluon Plasma in the Laboratory

Relativistic heavy ion collisions offer the possibility to study strongly interacting matter under extreme conditions. By accelerating lead or gold nuclei to almost the speed of light and smashing them together, temperatures and densities can be reached as they have existed in the early universe only microseconds after the Big Bang. At such high energy densities the quantum field theory that is the theoretical foundation for strongly interacting matter, namely quantum chromodynamics (QCD), predicts a new phase of matter in which the constituents of the hadrons (protons and neutrons) are deconfined and can move independently of each other, the so called quark gluon plasma (QGP). After the observation of the transition to this new phase at high temperatures and low baryo-chemical potentials at the Relativistic Heavy Ion Collider (RHIC) and the Large Hadron Collider (LHC), the experimental exploration of the phase diagram will continue at the Facility for Antiproton and Ion Research (FAIR). By using fixed target experiments at lower beam energies to reach high net baryon densities, more interesting regions will become accessible. For lower temperatures and higher densities the cross-over between the quark gluon plasma and the hadronic phase is expected to turn into a first order phase transition, separated by a critical endpoint. Topics for bachelor and master theses are available. 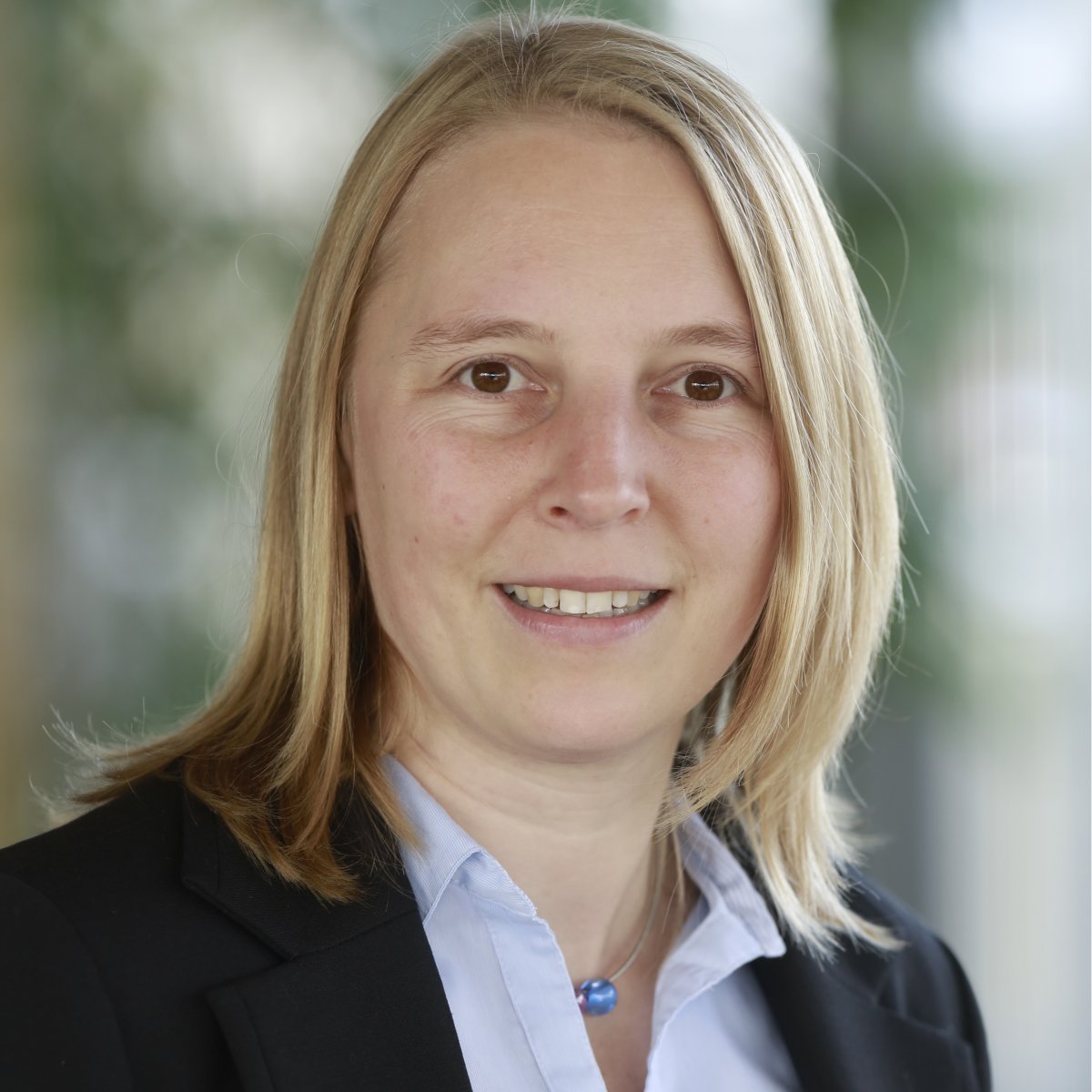 Prof. Dr. Hannah Elfner, née Petersen on October 12, 1982 in Frankfurt am Main, studied physics at the Goethe University Frankfurt and subsequently obtained her doctorate in physics from 2006 to 2009 at the Goethe University in cooperation with the Helmholtz Research School on Quark Matter Studies. After completing her dissertation, Hannah Elfner worked as a postdoctoral fellow at the Helmholtz International Center for FAIR before spending a year as a Feodor-Lynen Fellow at the Department of Physics at Duke University, USA. From 2011-2012 she also worked there as Visiting Assistant Professor before returning to Germany to lead a Helmholtz Young Investigator Group at GSI and FIAS. Since 2013 she holds a W2 Professorship at the Goethe University Frankfurt and is a FIAS Fellow. From 2018 she also headed the group Transport and Experiment Simulations at GSI and is since 2021 the head of the Department 'Hot and Dense QCD Matter' and coordinates the theory pillar.

The JETSCAPE collaboration develops within the XSCAPE project running from 2020-2024 a general framework to model the evolution of different system sizes from e+e-, pp, pA to AA and at high to low beam energies. We are involved with the application of the hadronic transport approach SMASH to all non-equilibirum stages with hadronic degrees of freedom.

Within the newly formed cluster initiative ELEMENTS the group investigates the equation of state of dense nuclear matter and how this is constrained from heavy-ion collisions. There are more than 20 project leaders from Frankfurt, Darmstadt, GSI and Gießen involved to explore the universe from microscopic to macroscopic scales.

The CRC-TR-211 "Strong-interaction matter under extreme conditions" running since 2017 is a collaboration between the universities in Frankfurt, Darmstadt and Bielefeld. We are involved in the project B02 "Collective dynamics in nuclear collisions", B03 "Spin-magnetohydrodynamics" as well as Z02 "Software development center". In particular the data management policy is adapted also for all other projects within the group.

The consortium PUNCH4NFDI started in October 2021 and represents Astrophysics, Astroparticle physics, Hadron, Nuclear and Elementary Particle Physics within the effort to build a national research data infrastructure (NFDI). We are contributing with our software development efforts within the Z02 project of CRC-TR-211.

The SinoGerman project "Exploring the QCD phase transition in relativistic heavy-ion collisions with fluctuations of conserved charges and machine learning" is a collaboration between the experimental groups of Prof. Blume (CBM and HADES) at Goethe University and Prof. Luo (STAR) as well as the theory groups of Prof. Wang and Prof. Pang at Central China Normal University Wuhan.

The Strong 2020 program contains a European network NA7-Hf-QGP to establish improved means for experiment-theory comparison in heavy-ion collisions. The focus is on charm physics and the idea is to use HEPMC with RIVET analysis to compare theoretical calculations to experimental data on HEPDATA.

The Helmholtz Graduate School for Hadron and Ion Research offers a comprehensive program for all graduate students working on research related to GSI and FAIR. The PhD committees check progress regularly. Additionally, lecture weeks and softskill courses are available.